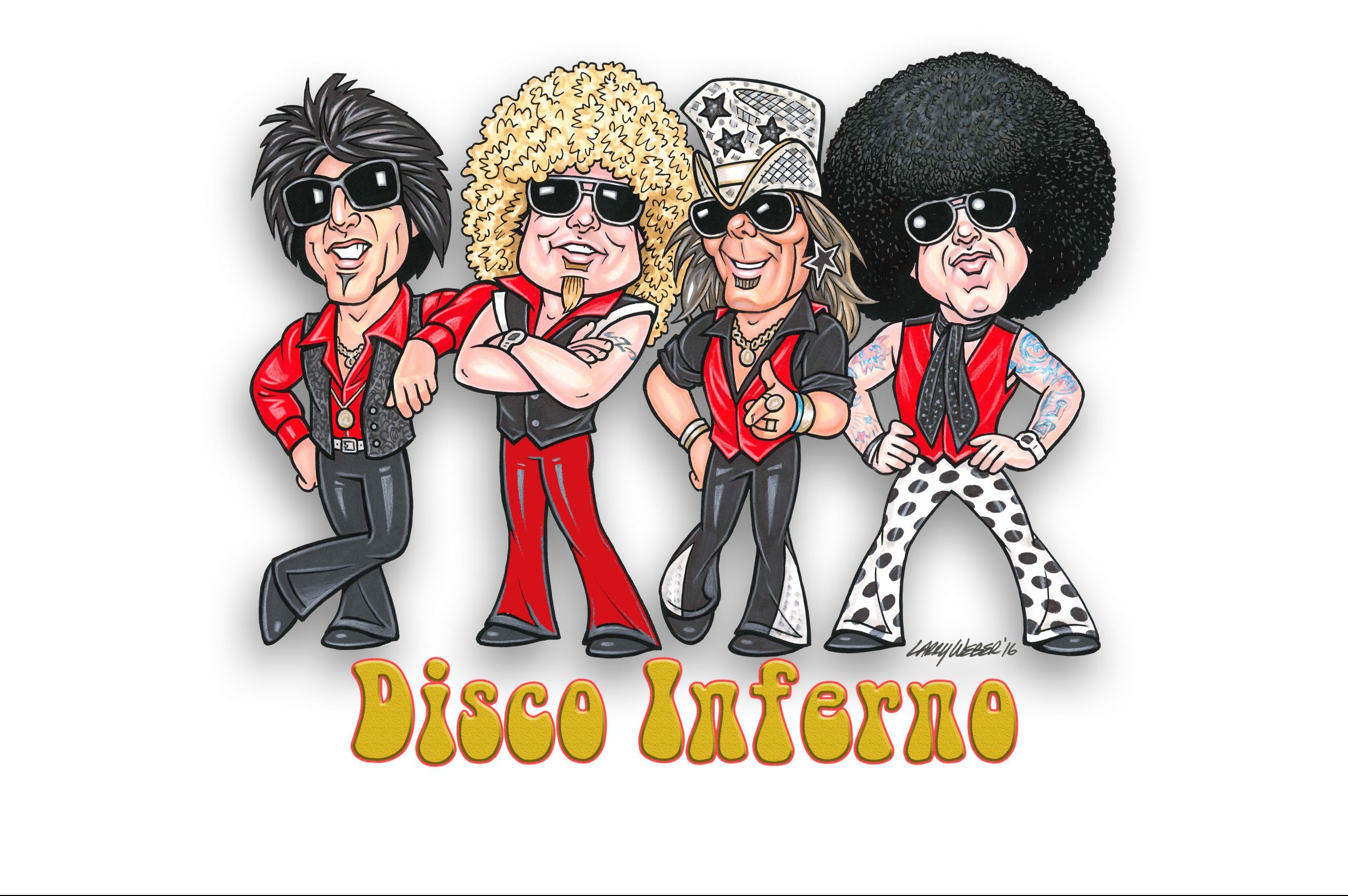 DISCO INFERNO was formed in 1995 after Sonny relocated from Southern California to the Cleveland, Ohio area. Sonny was an original member of the Boogie Knights, the band that started the disco band craze in 1992. Perfect World Entertainment was formed to manage the Boogie Knights and now has several disco bands worldwide under its management.

Disco Inferno performs over 150 shows a year regionally and across the nation.